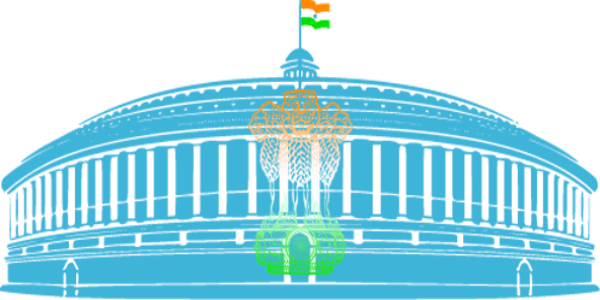 Priya is a Hindu and wishes to get married according to Hindu rituals like walking around a holy fire 7 times, Mr. Lexi is a Christian and wishes to get married by an officiant and Arjun is an atheist.
If a Uniform Civil Code is incorporated, Priya, Mr. Lexi and Arjun can practice their beliefs but will have to follow a common procedure like signing a certificate to make their marriages official in the eyes of the law in India.

What is Uniform Civil Code?

A Uniform Civil Code is a set of single law governing people of all religions in terms of personal matters like marriage, inheritance, adoption, divorce, custody etc.

What is sought to be achieved by a Uniform Civil Code?

A Uniform Civil Code (UCC) is generally enforced in order to achieve a greater level of unity within the country, by implementing a singular set of personal laws for people of all communities alike.

Which legal provision in India addresses the concept of Uniform Civil Code?

The concept of Uniform Civil Code can be found in Article 44 of the Constitution of India.
Article 44 of the Directive Principles of State Policy in the Constitution of India states that the State should endeavor to secure a Uniform Civil Code for all citizens throughout the territory of India.
However, since Article 44 is only a Directive Principle,i.e it is not a guarantee (unlike fundamental rights) and cannot be enforced through a Court.

● Directive Principles of State Policy (DPSPs) are guidelines for incorporating and executing the law of the land.
● They cannot be claimed as a matter of right, and a Court cannot mandate the operation of a DPSP, but they are to be considered as valuable foundations for the governance of a country
● The State has a duty to apply DPSPs while formulating the laws and policies of the land.
● The DPSPs are listed in the Constitution of India in Articles 36 – 51.

Does India have a Uniform Civil Code presently?

● No, India is governed by personal laws in many matters like marriage, inheritance, adoption, divorce and the like.
● Different religious communities have chosen to adhere to different personal laws based on their beliefs.

What are Personal Laws in India?

What is the debate surrounding Uniform Civil Code in India?

● The making of the Constitution: The UCC debate can be traced back to the time of the Constituent Assembly. It was observed by the Law Commission of India that there was a lack of consensus on the meaning of a potential UCC.
● The confusion was surrounding the following 2 lines of thinking:
● Whether the personal laws had to be immediately replaced by a uniform law for all in respect of those matters, or was the concept of a Uniform Civil Code supposed to coexist with personal laws, and later be the foundation for greater unity and nationalism.
● Fundamental Right to Religion & UCC: One question which arises time and again is – whether the incorporation of a UCC will dilute India’s religious diversity and restrain citizens from practicing their religious customs and practices freely? (Article 25 of the Constitution guarantees the fundamental right of religion).
● Do Fundamental Rights hold a higher priority than the Directive Principles of State Policy?:
● In the event that a UCC is incorporated for all matters previously governed by personal laws like marriage, divorce, inheritance, adoption etc. and some feel that there is a violation of the Fundamental Right to Religion –
● A debate lies about whether there is any real restraint on the freedom to practice and promote one’s religion peacefully. Some say that just because a uniform law needs to be adhered to for the formalization of certain events like marriage, divorce, etc. would not mean citizens are not allowed to additionally practice their own beliefs in terms of ceremonies and rights relevant to those events.
● In the landmark case Minerva Mills v. Union of India, the Supreme Court stated that the Indian Constitution was founded on the bedrock of both the Fundamental Rights and the Directive Principles of State Policy. Therefore, no one set of rules have primacy over the other.
● Hence, the intention of the law is said to be that over time, the law makers India need to restructure the legislations in such a way that both Fundamental Rights and DPSPs are accommodated effectively.
● Factually, personal laws are still applicable to various communities in India in respect of many matters, and there continues to be an unresolved debate about the incorporation of a Uniform Civil Code in India.

● In recent times, there have been views supporting higher nationalism
● This leads to the idea of incorporating a Uniform Civil Code in India to increase unity and decrease fragmentation of society on grounds of religion and other subsects.
● However, there is a debate about the intention behind the law on Uniform Civil Code and whether it threatens the fundamental right of religion guaranteed to citizens by the Constitution.
● Conflicting views exist:
– where on one hand, advantages like simplification of the law, and unity amongst all Indian societies are stated,
– and on the other hand, sentiments of religious sects are said to be under threat in addition to the fear of a plausible dilution of diversity amongst the citizens of the nation.