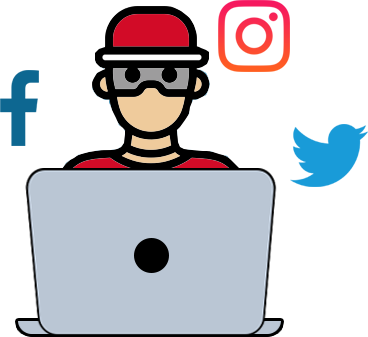 “Arjun was confused as to whether the digital signatures done by him to enter into a contract online is secured or not. He asked Mr. Lexi, is there any act governing the same.
Mr. Lexi said that yes, The Information Technology, 2000 governs the security of digital signatures.”

Which act governs the transactions done online via electronic exchange of data?

The Information Technology Act, 2000 deals with the same.

When is this act applicable?

What is meant by a computer?

What does the term data mean?

All the information that is stored and processed by a computer connected to a network, which is stored in the internal memory of the computer, is referred to as data.

What does an electronic record mean?

What is the meaning of a digital signature?

The authentication of electronic records by means of an electronic method is known as digital signature.

What is the meaning of an electronic signature?

It is a wider term and it includes digital signature as well. It is an authentication of electronic records which includes the previous digital methods as well.

What does the term information refer to?

Any data, text, message, image, sound, voice, codes, computer software and database etc. is considered as information for the purpose of this act.

What were the main amendments that were made in 2008?

● To provide equal treatment to users of electronic communication and paper based communication.
● To give legal recognition to electronic records along with digital signatures.
● To establish a regulatory authority i.e. a certifying authority to issue digital signature certificates.
● Imposes civil and criminal penalties in case of contravention of the provisions if the act.
● For electronic governance, provide safe usage of digital signature and electronic records for Government offices and agencies.
● Make necessary amendments in Indian Penal Code and the Indian Evidence Act, to include offences relating to documents and paper based transactions.

Who is an intermediary?

Any person, who on behalf of another person receives, stores or transmits that record or provides any service with respect to that record and is not liable for the information shared by the third party hosted by him.

Authorities under the act

Which are the authorities under the act?

Which tribunal acts as an appellate tribunal for this act?

Any person who is not satisfied with the decision of the Controller or Adjudicating officer may prefer an appeal to the Cyber Appellate Tribunal.

When can an appeal be taken before a High Court?

Any person who is not satisfied with the decision of the appellate authority can approach the High Court within 30 days.

What kind of penalties does the IT Act impose?

What does a Cyber contravention means?

Cyber conventions are civil wrongs for which the defaulting party has to pay compensation.

What does a cyber crime mean?

Cyber crimes are the criminal wrongs for which punishment of imprisonment or fine or both is given in the Act.

● The IT Act has been enacted to provide legal recognition to electronic signatures, electronic storage of data and to prevent offences related to hacking, cyber-terrorism, publishing sexual content without the person’s consent etc.
● This act is applicable to any offence in which a computer has been used which is located in India but there are certain exceptions when this act is not applicable.
● The act defines certain important definitions such as computer, data, information, digital and electronic signatures etc.
● The Act was amended in 2008 which made important additions to the act such as punishment for transmitting obscene information in electronic form.
● The amendment also defines what an intermediary is and provides immunity to him. But the immunity is not absolute, in case he does any act that is unlawful, he shall be held liable.