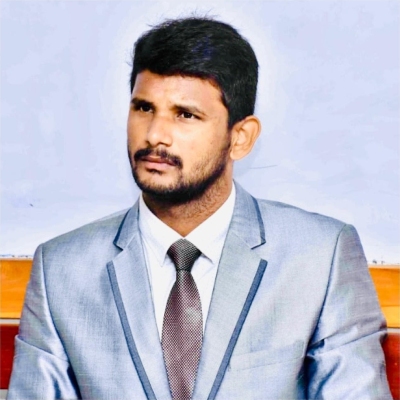 Mr. Anandha Kumar completed his B.A.B.L Degree from the Government Law College, Madurai, Tamil Nadu in 2014 and further did his LLM in Business law from The Tamil Nadu Dr. Ambedkar Law University, Chennai in 2016. He has completed his PhD Course period as a Full Time Scholar from the same University in Nov.2019. Mr. Kumar have judged 54 Internal Moot court Challengers within the University, 3 State Moot Competitions and 4 National Moot Competitions since 2016. He has also won the Third Prize in the Curriculum Drafting Competition for the subject of Company Law, organized by Ramaiah Law College, Bangalore in 2018. Has been nominated as a first Team Coach of the Tamil Nadu Dr.Ambedkar Law University, Chennai for mentoring the team participating in the 5th Madhav Menon SAARC Law Moot Competition organize by Lloyd law College, Greater Noida. With few articles published in the peer reviewed journals, he has recently presented a paper in the South Asian Colloquium on Public Policy and Good Governance. Mr. Anand has experience in teaching the subjects such as Competition Law, Company Law, Arbitration and Conciliation and Moot Court at Tamil Nadu Dr.Ambedkar Law University, Chennai. He has served as a Research Associate with the Chair of Excellence on Consumer Law and Jurisprudence (A project headed by the Ministry of Consumer Affairs, Food & amp; Distribution of India) in the Tamil Nadu Dr.Ambedkar Law University, Chennai, from Oct.2018 to July.2019.He has also been a Resource Person in delivering special lectures in the subject of Cyber Laws in various Government Institutes such as Anna Institute of Management, (The Administrative Training Institute, Government of Tamil Nadu) Chennai, Tamil Nadu Police Academy, Vandalur , the Institute Of Distance Education, University of Madras and the Natesan Institute of Cooperative Management, Govt. of India. Currently, Mr Anandha Kumar is serving as a Guest Lecturer in the above mentioned university. 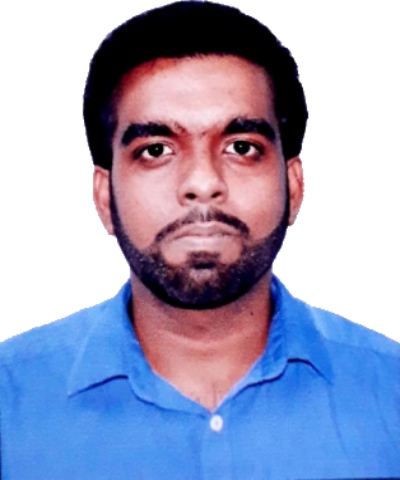 Mr. Alexander completed his LLB (hons) from school of excellence in Law and LLM from Tamilnadu Dr.Ambedkar Law University, he was a gold medallist and university topper both at LLB and LLM.
Mr Atul Alexander is presently Assistant Professor of Law at West Bengal National University of Juridical Sciences (WBNUJS), Mr Atul Alexander is also selected as a visiting research scholar at the prestigious Stockholm Center for International Law, U.S Naval War College, United States.Mr. Atul Alexander has written extensively on International Law and some of his works were cited by the newyork times, south china morning post etc, futher he has judged several prestigious moot which include the Jessup Indonesia and Eqypt national rounds and Stetson India rounds quarterfinals,Herbert Smith Freehills corporate law moot etc. He has authored a chapter for class 12 CBSE legal studies (international Law) EBC publishication. He has also participated in International conferences in Indonesia, Phillipines, China etc to name some.
Currently Mr. Atul Alexander is part of a major research project on the “Collaborative Engagement for Research, Training and Developing in Handling of Chemical and Hazardous Waste” eastern region partner, the project is undertaken in collaboration with Ministry of Environment and Forest (MoEF) and National Law School of India University (NLSIU) Bangalore.
Mr Atul Alexander is presently pursuing his PhD on the topic “ The Concept of Peremptory Norm in General International Law. 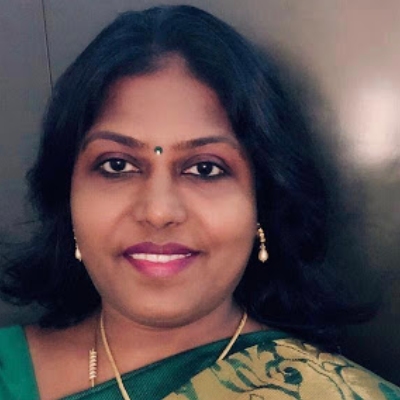 Dr.P.Brinda is faculty of law in the School of Excellence in Law, the Tamil Nadu Dr.Ambedkar Law University, Chennai. She has post graduated in Property Law from the Tamil Nadu Dr.Ambedkar Law University and holds a doctoral degree in “Property Rights of Tribals in India- a Juridical Study”. She has participated in various national and international conferences and presented papers related to property rights and intellectual property rights. She has published more than 15 articles in reputed journals and organized many national seminars and workshops. 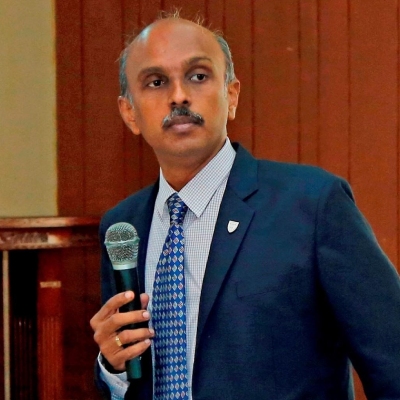 V.Inbavijayan was educated at Dr.Ambedkar Govt. Law College, University of Madras. On completion of his legal education, he took up litigation practice at High Court of Madras (1997). His enthusiasm towards ADR made him to pursue whole time arbitration practice since 2001. So far he has presided as sole arbitrator and represented as counsel in over 350 domestic cases, several thousands of small-claims commercial/financial arbitrations and 14 international arbitrations. His areas of practice includes international commercial arbitration, maritime arbitration, international trade & contracts, IPR, construction disputes, finance & banking disputes, securities market, JVs, L/Cs, ADR, sale of goods, domain name disputes and investment disputes.
He has been accredited as an arbitrator in HKIAC (Hong Kong), CIETAC, BAC & SHIAC (China), AIAC (Malaysia), DIAC & EMAC (Dubai), CRCICA (Egypt), ICADR & ICA (India), CIDRA & NYIAC (USA) and various other regional & national arbitration institutions. To add up, he is a co-founder and former Secretary of an arbitration institution, CNICA and inducted as member of ICCA. He is a Regional Pathway Leader for International & Domestic Arbitration, Construction Adjudication & Mediation Courses, Course Director and fully Approved Tutor of Chartered Institute of Arbitrators, UK and had been listed in the 2008 edition of International Who’s Who of Commercial Arbitrators. To add up Chambers Asia Directory:
2010 refers as “Veeraraghavan Inbavijayan is active in commercial arbitration and described as “excellent – he handles matters in a highly professional manner and can achieve fast results”
2011 refers as “ Veeraraghavan Inbavijayan is a respected figure, who focuses on handling international arbitrations on a wide range of disputes, including those relating to distributorship agreement, construction and satellite right.
2012 refers as “Veeraraghavan Inbavijayan earns accolades for his “noteworthy knowledge in arbitration.” He undertakes both domestic and international arbitration, particularly in international trade and commercial disputes”.
2013 refers as “Veeraraghavan Inbavijayan of KoVe Global LLP continues to be well regarded for his work as an arbitrator, and has presided in a number of joint venture disputes of late”.

In addition he is promoting the concept of ADR by way of writing articles and books, providing training courses and gives lecture on Arbitration and ADR in law schools, Universities, Chambers of Commerce and conferences worldwide. 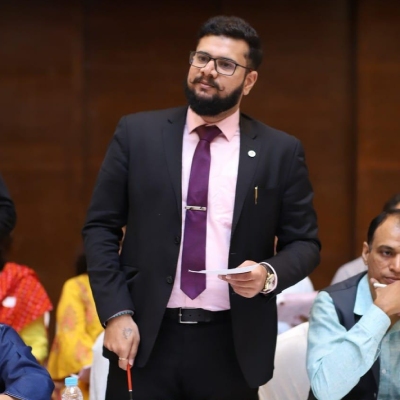 H.B. Keshava Founder and Managing Attorney at Baskaran Associates,is an alumnus of The University of Petroleum and Energy Studies (UPES), Dehradun . He later completed his Masters in Law from Indian Law Society’s ILS Law College, Pune. His areas of academic specialization are in the field of Law, Science and Technology, which includes Energy Laws, Intellectual Property Rights, Cyber Laws, Business Laws, Dispute Resolution, Labour Laws and Space Laws. He is also a guest lecturer and motivational speaker at many different institutes, universities and colleges in the country 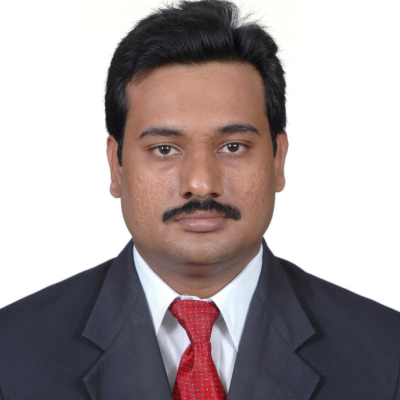 Dr.Ranjit Oommen Abraham is teaching faculty and Assistant Director in the School Of Excellence in Law, Tamil Nadu Dr.Ambedkar Law University, Chennai.He has a post graduate in Business Law from the Tamil Nadu Dr.Ambedkar Law University, Chennai and holds a doctoral degree in the topic titled “Digital Infringement of copyright with reference to Film and Music Industry-A critical study”. He was selected by the US consulate for the prestigious International Visitor Leadership Program in Intellectual Property Rights for the year 2008. He has presented and published various articles in topics relating to Intellectual Property Rights and Business Laws
He has served as a Project Leader for the FSTP IPR project executed by Tamil Nadu Dr.Ambedkar Law University and Teles Inc Germany. He has presented many papers in various seminars; conferences etc. He has visited various law schools in USA on IPR programs and held discussions with USPTO IPR desk of Department of State, United State of America. He has presented a paper in the first work in Progress Conference organized by SMU, Singapore in 2016 and the third Work in Progress Conference organized by SMU, Singapore in 2018.He was appointed as the Project Director, CECLJ, Ministry of Consumer Affairs, Government of India in 2019.He also served as Faculty Coordinator for Trade License Project of the Government of Tamil Nadu. He was elected as Fellow of the Indian Society of Criminology in the year 2018 and also elected as treasurer of the Indian Society of Criminology. He is teaching Contract Laws for School Of Excellence In Law, Chennai for more than a decade and is a resource person in many institutions. 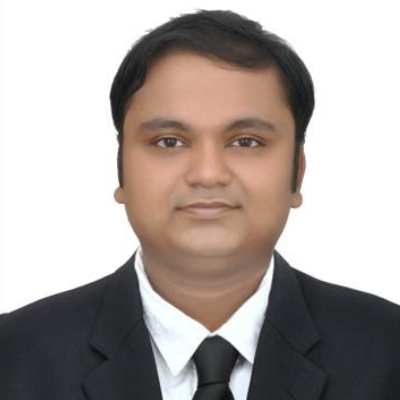 Dr. Samrat Datta is an alumnus of KIIT University, Bhubaneswar. An erudite scholar of Criminal Law, Dr. Samrat, has completed his Ph.D. in Police Law and Information Technology from the Pacific Academy of Higher Education and Research University, Udaipur. He has also co-edited a book “Law relating to Sexual Harassment: Practice and Procedure.” His areas of interest include Criminal Law and Police Law. Presently he is working with The ICFAI University, Himachal Pradesh, Baddi as the Head of the Department, Faculty of Law and Assistant Professor. He has several publications in national and international journals of repute to his credit. He has chaired various national and international conferences and have organised them as well. His keen interest in mooting has had held him the position of Convener of the Moot Court Committee in the institutions he has worked with and judging moot courts and trial advocacy competitions at various levels. He has a teaching experience of more than 5 years and has held administrative positions including Examinations Coordinator, Member of the Proctorial Board and Convener of the Legal Aid and Awareness Cell.
error: Content is protected !!